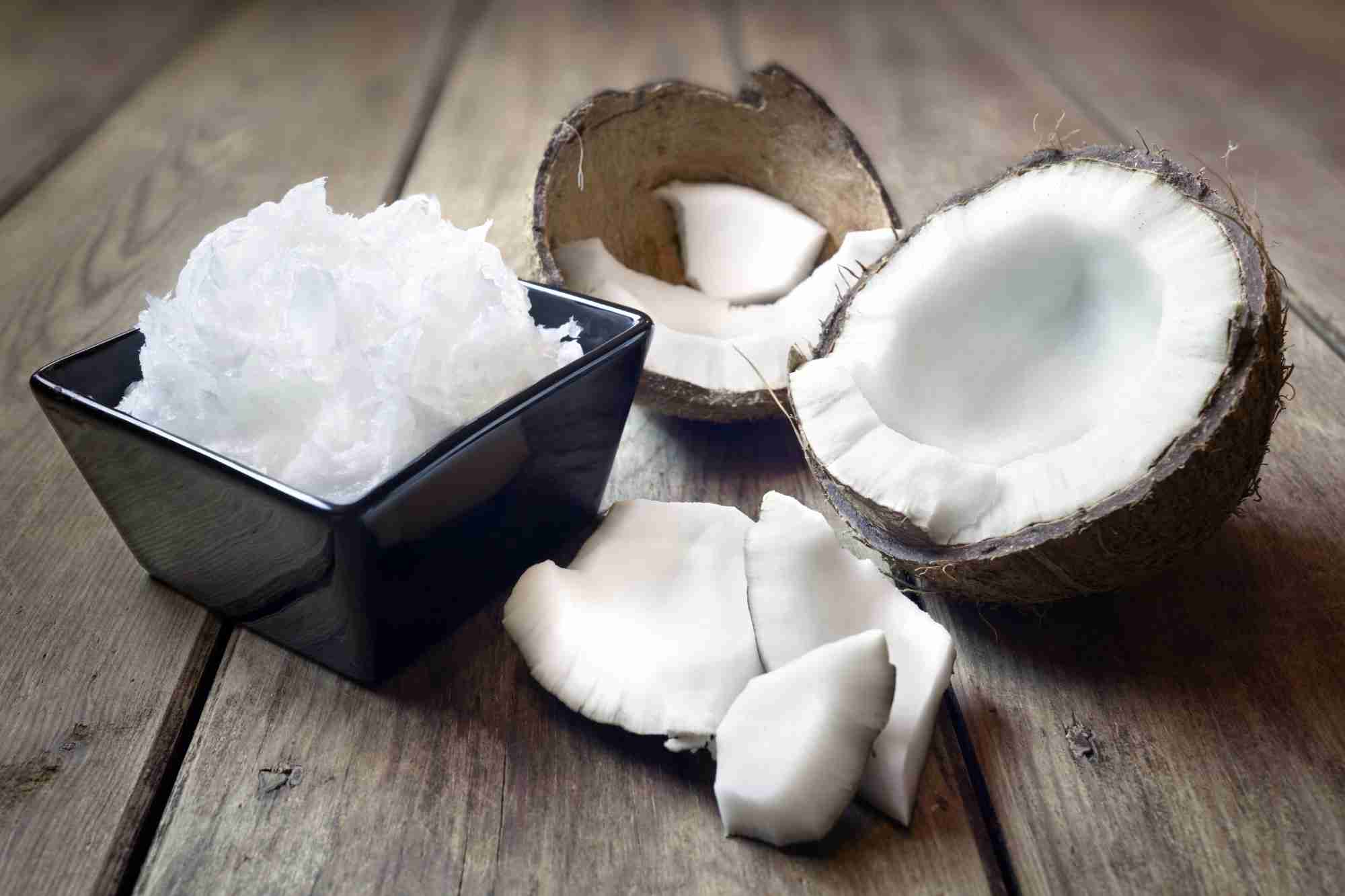 Before you read the rest of this article about Caribbean coconuts, I want you to do me a favor

1. Get into a comfortable position
2. Close your eyes
3. Let yourself get nice and relaxed, almost to the point of napping
4. Imagine you are one a warm Caribbean beach
5. Explore that image in your mind for a while
6. Once you have your image memorized, open your eyes

Now, what exactly did you see in your mental image of a warm Caribbean beach?

Did your image include coconut palm trees? Did you smell coconut oil?

I’m betting you did because this is what most people think of when they think about a Caribbean beach. Powder white sand, blue-green water shimmering in the sunlight, and those iconic coconut palm trees fringing the length of the beaches.

Coconut palm trees are so much a part of everyone’s vision of a Caribbean landscape, they assume they were always there.

They are NOT actually native to the Caribbean and they have been there less than 500 years!

They were introduced to the Caribbean region by the Spaniards and other European colonizers during the first half of the 1500’s. However, Christopher Columbus and his men never saw a coconut in any of their 4 voyages to the New World. These took place between 1492 and 1504. Coconuts simply were not there when they got there. They came later.

I know this may sound a little surprising. You may be saying something like, “But… I thought coconuts could resist the erosion of sea water and were buoyant enough to float for thousands of miles. Right? Isn’t this how they got to the Caribbean and all over the world? They floated there from somewhere else, right?”

Well, I know this is what many people believe. In fact, this is what some historians believed. However, the evidence proves this to be incorrect — and it does so very definitively.

None of the earliest recorded records of the Spaniards, and the records of other colonizing European nations that were exploring the Caribbean in the late 1400’s and very early 1500’s, ever mention a coconut. Moreover, there was no Taino word or Carib word for coconut — these were the native people of the Caribbean Islands and if anyone knew if they were there, they would have known. A native word for coconut is absent because coconuts did not exist before the Spaniards brought them there. Most linguistics believe the word coconut comes from the Spanish word for “monkey” because they thought the coconut looked like a monkey face with two eyes and an open mouth.

It turns out that when you run DNA analysis on coconuts all over the world, they fall into 2 distinct and separate genetic groupings. They are all one species but the 2 groups are genetically different enough they can be easily separated.

One group of coconuts originated in the Pacific Indonesian region. The other group of coconuts originated near India on the Indian Ocean. The only place the two groups seemed to have mixed is on Madagascar. It has been very convincingly proven that the coconuts that are found on the WEST side of Central America are in the Pacific Indonesian group and that the coconuts found in the Caribbean are in the group from India. Therefore, the coconuts in the Caribbean did NOT originate from the west coast of Central American.

If you play historical detective, it seems that coconuts from India were first taken by people or by currents to the east coast of Africa. Then much later on, in the 1500’s, they were moved by people across to the west coast of Africa and then soon after this occurred, they were taken to the new world by the colonizers and/or the missionaries of the day.

As an interesting side note, I would like to mention that it is thought that coconuts on the west coast of Central America were brought by the seafaring Polynesians more than 1000 years before Columbus “discovered” the New World. Now, that is something to ponder! Never take something written in a history text book as the gospel. It is almost certain now that Columbus was NOT the first non-native to “discover” America.

Okay, back to the Caribbean coconut story:

Once the Europeans “discovered” the coconut, they quickly realized that this would be a very simple way of carrying sterile water (coconut water) and nutrients aboard ships heading out on long journeys across salt water where fresh water would be scarce and often became contaminated.

Coconuts were planted in the Caribbean since at least the middle 1500’s as there are written record of this. Sometimes they were planted around the margins of the sugar plantations to give water and food to those who were working in the plantations. It wasn’t until a few centuries later that coconuts were grown on a large scale commercial basis as a cash crop.

Now, I know this may sound off-topic but please indulge me for a moment because I need to tell you about ship wrecks before I continue with the story about Caribbean coconuts:

There were many ship wrecks in the 1500’s, including the very famous incident where an entire fleet of Spanish ships loaded with gold sank as they tried to make it through the Mona Passage between the Dominican Republic and Puerto Rico during a terrible hurricane. In fact, the Mona Passage is renowned for ship wrecks as it was difficult sea conditions to navigate, even under the best weather conditions. In fact, the Mona Passage can be difficult to navigate even today with modern technology. Many men have lost their lives in this area as many ships have wrecked there.

Well, it turns out that coconuts spread throughout the Caribbean very quickly due to ships moving through — i.e. the ships moved them around far faster than currents ever could have. In fact, when there were ship wrecks, there could be many thousands of coconuts thrown overboard in a brand new place for coconuts. As these coconuts came ashore, some of them surely took root naturally. However, as it turns out, it was fairly common for the people in the Caribbean region to intentionally take the coconut bounty given to them by the sea and plant them. In this way, most of the coconuts would survive to produce another coconut plant. In fact, this is exactly what happened in West Palm Beach Florida and how it got its name. A ship wrecked offshore sending out a few thousand coconuts which the people in the area planted as they came ashore.

The most popular vacation destination in the Dominican Republic is now on the east coast and is called Punta Cana. In fact, not just the original little community of Punta Cana but the entire 39 miles of eastern coastline is commonly referred to as Punta Cana or the Punta Cana Coast. However, early investors in the area dubbed it, “The Coconut Coast.” This was because of the very lush and very mature coconut palm forest that lines the shore in this region and actually extended fairly far inland. You will still sometimes see the phrase, “The Coconut Coast” used.

The next time you are in the Dominican Republic or elsewhere in the Caribbean and you see a coconut palm tree, remember that you are NOT looking at a plant native to Caribbean. Try to close your eyes and imagine what the Caribbean landscape would look like without coconut plants. It’s harder to do than you may think! We are so conditioned to think of coconuts as being synonymous with the Caribbean. Perhaps it is a good lesson to always keep questioning things, no matter how certain we are they are true.

How To Get Your Caribbean Business Found Online

The Rise and Fall of Loyds Retailers